Now is an Excellent Time …. To Kill Things! 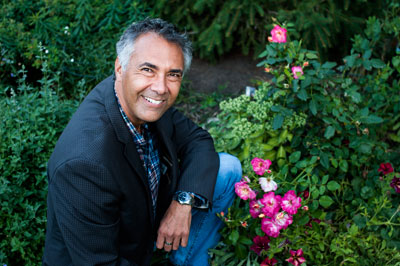 Just as in growing things, there is also a perfect time to kill things. Let’s take an example: you have a 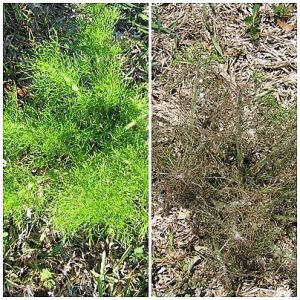 15-year-old lilac that needs to be killed. In March you cut it down because the ground was frozen and it made it easier to remove it, and then spent almost the entire summer spraying it with glyphosate trying to kill it and it just wouldn’t die. What went wrong? First of all, the energy from 15 years of growth was sent into the root system during the preceding fall for storage. By cutting it down in March you pruned for invigorated plant growth. Being that there was no longer any tree there the lilac sent up thousands of suckers from every root in the yard. Round-Up, in order to work effectively, needs to work its way down into the root system. But in spring all of the energy is moving from the root system up into the stems and leaves so your chemical is trying to fight against the current.

The best time to kill a tree or shrub is in August. The plant is still growing vigorously so you have lots of green leaves that will take the spray. But now you have the actions of the plant to help you. All of the systems in the plant are reversing and the plant is taking sugars deep down into the root system for storage. By spraying now, the chemical can work incredibly effectively in killing the entire plant right when it is most vulnerable. I would spray through August and September and then remove the plant in early October.

How to Protect Hardscaping from an Edmonton Winter